As identical twin brothers, Jon and Chris Thornham share much more than a physical appearance. They have a pretty identical background, too.

Upon graduating from high school, both pursued mechanical engineering degrees at the University of New Brunswick where they first encountered AutoCAD and Inventor. With their degrees in hand, they accepted positions in Las Vegas, working together designing wastewater systems before moving on to roles as sales engineers.

But, five years ago, a design—and business—opportunity became readily apparent to Chris. As a triathlete, he was struck by the high price of rims for his bike. The sticker shock and disparity between quality and lower prices turned into what would become a startup founded by the two brothers: Flo Cycling.

“I actually wasn’t a cyclist, but Chris was looking for race wheels,” Jon says. “There were two types of companies at the time. Some did a lot of R&D with lots of engineering work and studied aerodynamics. They produced very fast wheels, but they were sold through standard distribution. That meant many lines of mark-up, especially in the cycling world. In the end, it was just a very expensive product, ranging anywhere between $2500 and $3000 per set.

“There were other companies selling consumer direct so it eliminated all of the markup,” he continues. “But they were just going overseas and buying an open mold product that anybody can purchase. It was very old technology and not very fast, so prices were lower but it wasn’t as good of a product.”

With their mechanical engineering backgrounds, Jon and Chris knew they could make an incredible product and keep the price low with a direct-to-consumer business model. So they took that leap of faith to give it a shot. For their first design of the FLO 60, 90, and DISC, they used both Inventor and AutoCAD. AutoCAD was crucial in communicating with the Taiwanese manufacturer, since they required DWG files. 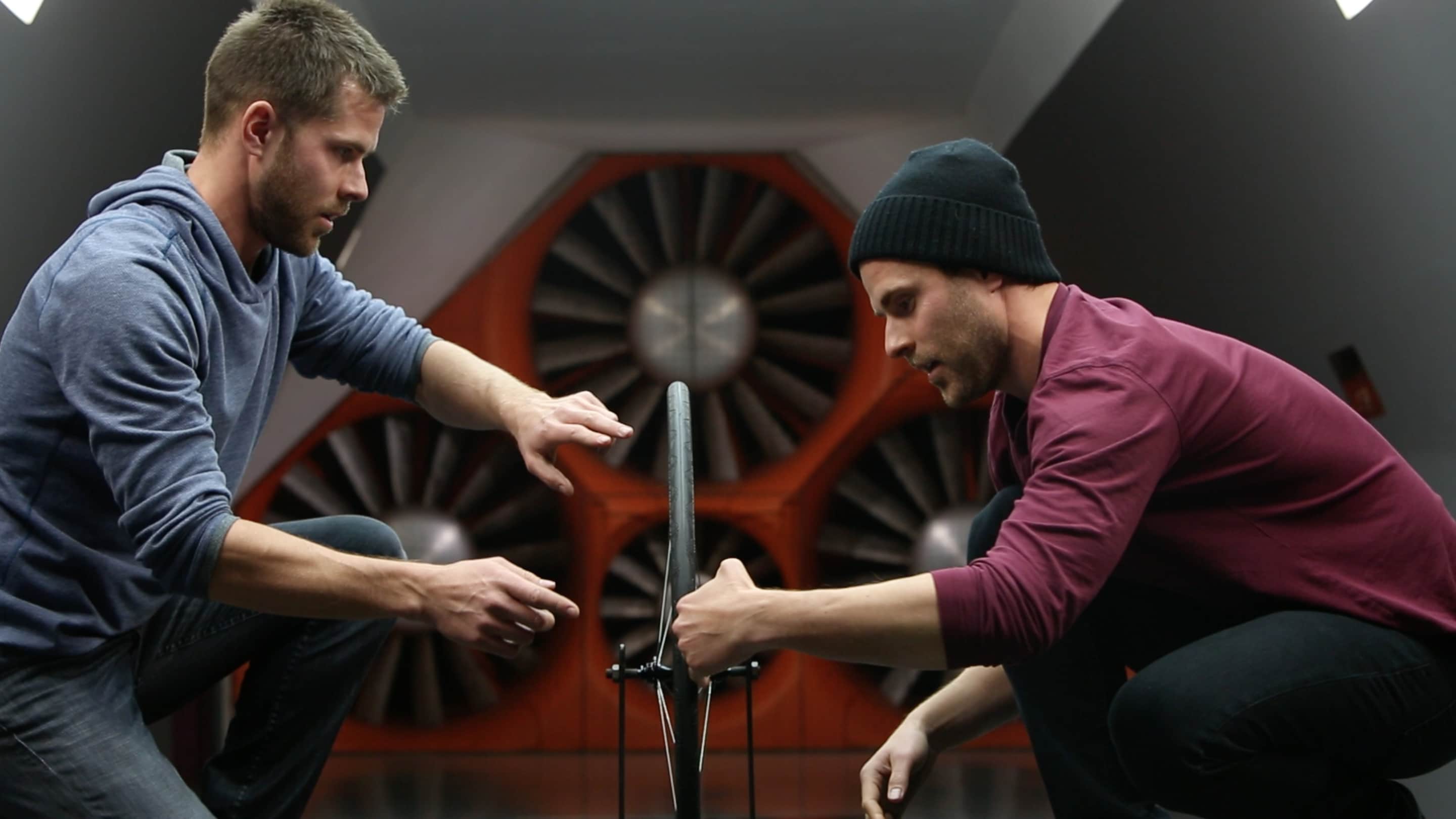 “I honestly didn’t know much at all about different parts of a cycling wheel,” Jon says. “But I learned quickly and started the first design. At the time, many companies were still doing everything with physical models and taking them into a wind tunnel.

“Wind tunnels are very expensive—anywhere between $600 and $900 per hour—and then there is the high cost to produce all the physical prototypes,” he continues. “By drafting everything in Autodesk software and using computational fluid dynamics software, we could study how a design might perform in a wind tunnel without all of the cost. After we had designed the wheels using software, we opened molds to produce the wheels and then took them to a wind tunnel to verify the results. We created very fast products and this became our first line.” 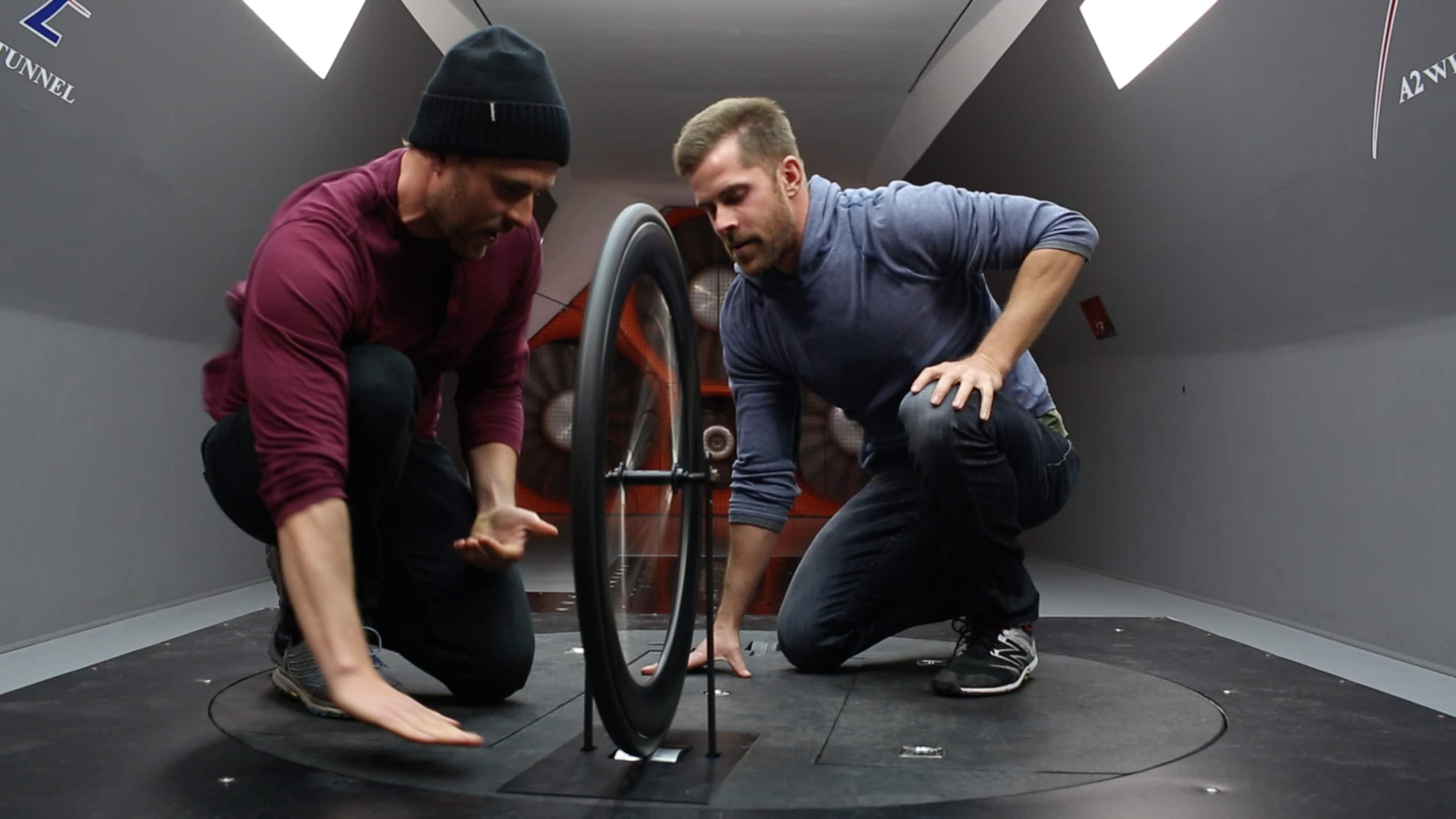 As they quickly discovered, a startup isn’t for the faint of heart. Like so many new companies, they experienced growing pains, from the loss of an investor to manufacturing complications. Despite the challenges, the brothers persevered and found great success with the direct-to-consumer model and the design process: Flo Cycling customers pay much less, all with the speed and performance of a much more expensive product.

With eight current wheel models and six more to be released this year, Jon and Chris continue to innovate and refine their cycling wheels. For their most recent designs, Flo Cycling had a larger R&D budget. Inventor became an integral step of a multi-stage process and a much different approach from the standard wind tunnel tests.

“We wanted to figure out how to produce something based on what a rider actually experiences on the road,” Jon explains. “We built a custom computer that mounts to the front of the bike, and we collected 110,000 data points over a number of different Ironman courses and different rider conditions. We then took that data, analyzed it, and created an algorithm.”

The algorithm allowed Jon and Chris to search for the shapes that were the fastest. Instead of testing 10 or 12 shapes in a wind tunnel, they tested 500. From there they found the optimum design by letting the software do the work. 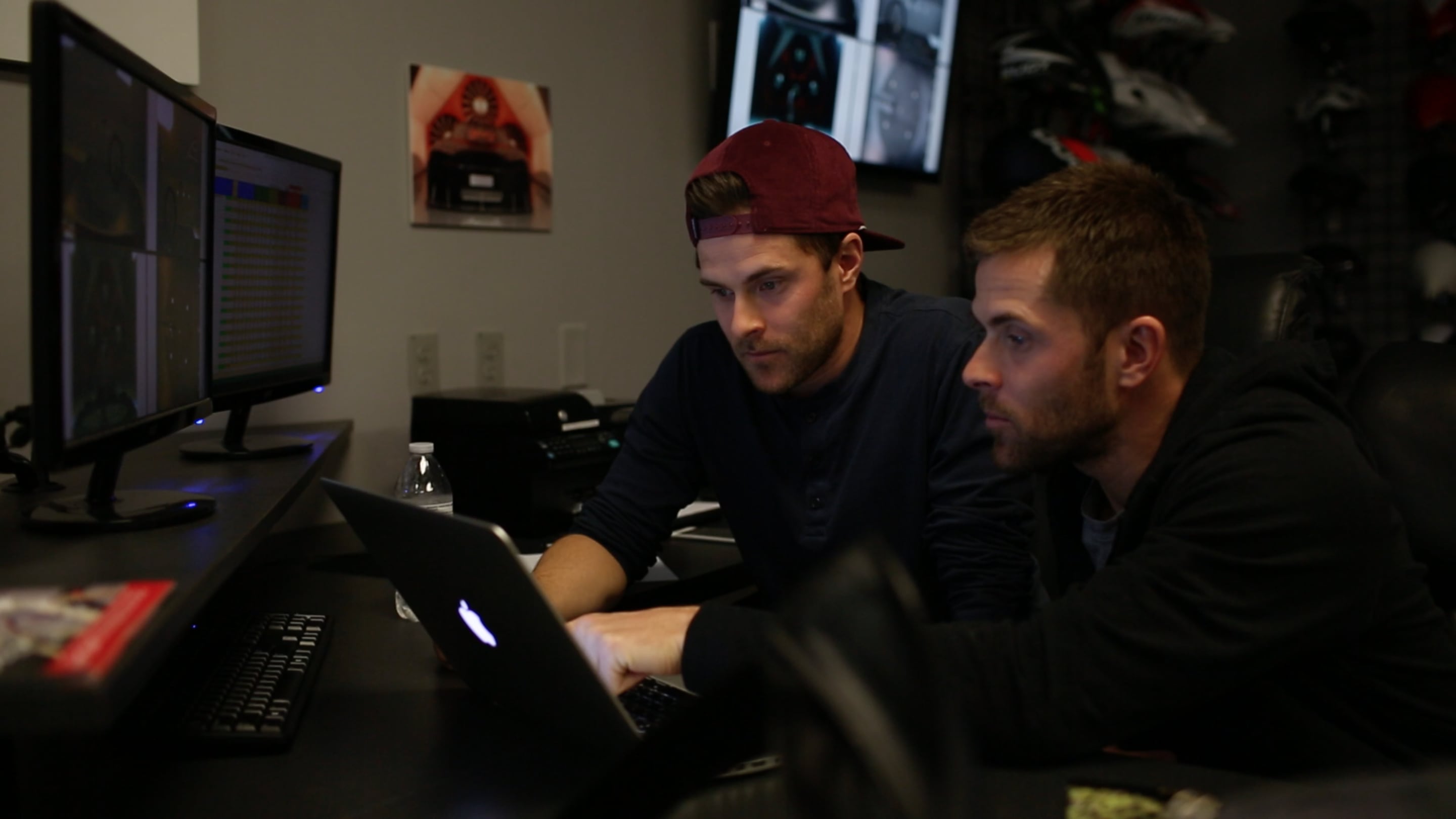 “From an aerodynamic and speed perspective, we’ve basically caught up to the leading companies that have been around for 20 years,” Jon says. “We’ve done it in a much shorter amount of time because of the design process and the software that we use. People who buy our wheels and compete with them pay much less, but have the same benefits as they do with the much more expensive product.”

And what advice do the brothers have to share for any other mechanical engineers looking to make their own start-up plunge?

“If you are looking to start a business that manufactures a physical product, be aware the manufacturing is much more difficult than it seems on paper,” Jon says. “To avoid as much of this difficulty as possible, my advice is to use software to identify mistakes early and cut costs. Today software drastically streamlines the manufacturing and production process, beyond what most people would ever expect.”