Lighting Up a Las Vegas Club with AutoCAD

It’s 2 a.m. in Las Vegas. You should be in bed. Instead, you’re in the belly of Omnia Nightclub, a new 75,000-square-foot club that opened in March 2015 inside Caesars Palace. Omnia—from the Latin word omni, which means “all things”—is aptly named, because you’re having the time of your life. Created by global nightclub and restaurant empire The Hakkasan Group, it is, indeed, “everything.”

“No wonder Justin Bieber celebrated his 21st birthday here,” you think to yourself as you look over your shoulder for a paparazzo, forgetting for a moment that you’re not a pop prince hosting an opulent birthday party, but rather a visitor in town for a trade show. Or a bachelorette party. Or a “bro-cation.” Whatever the case, you feel transported. And transformed.

With the next song, you realize why.

You look up, and there it is: the chandelier. 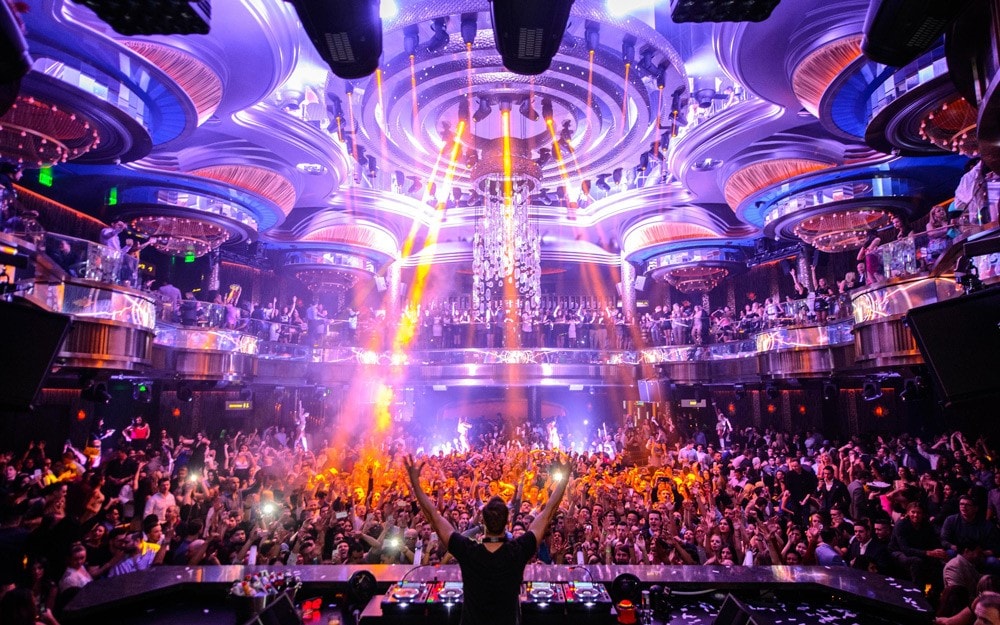 Towering four stories above the dancefloor, where it bathes in beams of rainbow light, it nests inside a 65-foot-tall ceiling dome and consists of eight concentric rings entwined with multimedia, including video projections, theatrical lighting effects, and LED video surfaces. A model of “kinetic architecture,” the rings rise, fall, tilt, and tip in sync with the light and music, like circus acrobats. It is Omnia’s pièce de résistance.

“This chandelier isn’t just lifting and lowering and strobing; all of a sudden, it starts to break away from the normal plane and begins to penny-roll, or articulate, which blows people’s minds,” explains Tyler Kicera, senior director of business development at Tait Towers, the company that designed and built the chandelier. “It really enhances the experience in the club because it creates, in a sense, some variability. You’re not just immersed in the same environment all night long; the chandelier is constantly changing, and it’s changing the energy in the room with it.”

Collaboration Yields Innovation. Since its founding in 1978, Tait Towers has specialized in the design and construction of production and staging equipment for live events, including concerts and clubs. Its Omnia chandelier was born out of a collaboration with famed production designer Willie Williams, who has designed production sets for the likes of U2, David Bowie, R.E.M., The Rolling Stones, and George Michael. 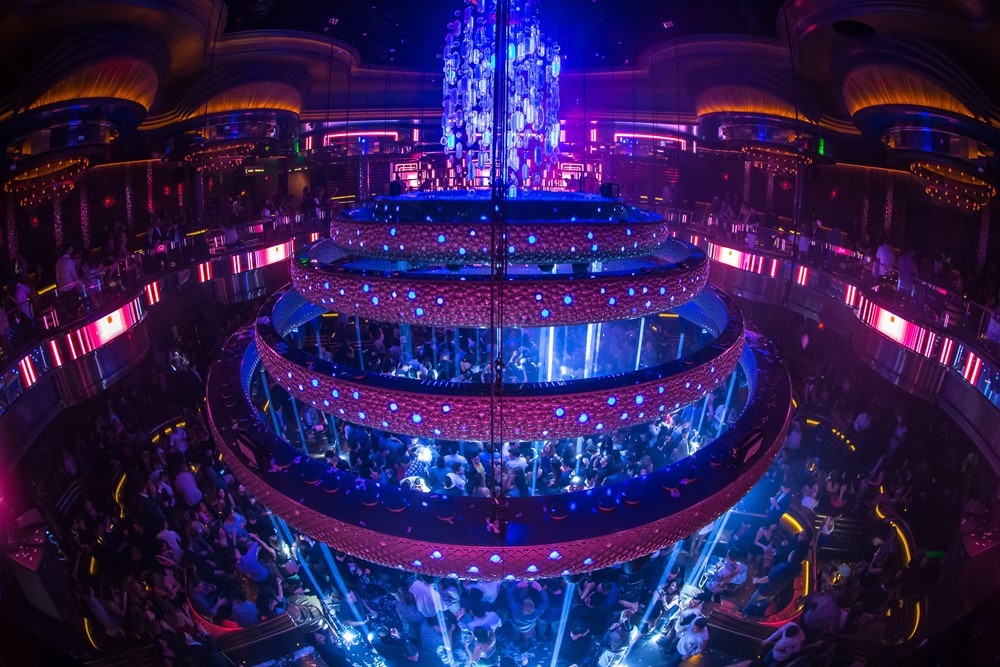 “Willie had started to study different things that could be done with video in the ceiling, and he invited us to work with him,” says Tait President Adam Davis. “We ended up doing lots of studies using Autodesk software to explore the most efficient way to accomplish something really dramatic in this space. We went through probably 25 different iterative designs before we got to the end result.”

Williams conceived of the idea—a dynamic chandelier comprising concentric rings—and supplied the initial 2D drawings to Tait, which then engineered the final product using Autodesk AutoCAD and Autodesk 3ds Max to create 3D models for testing and verifying Williams’ vision. “We were able to really, really quickly develop the concept and start to conceive of what the structure might look like and might be,” Kicera says. “AutoCAD was instrumental in helping us do that because we weren’t stuck in a world that was very rigidized, which in my opinion would have made it very difficult to advance the design at the speed at which we did.” 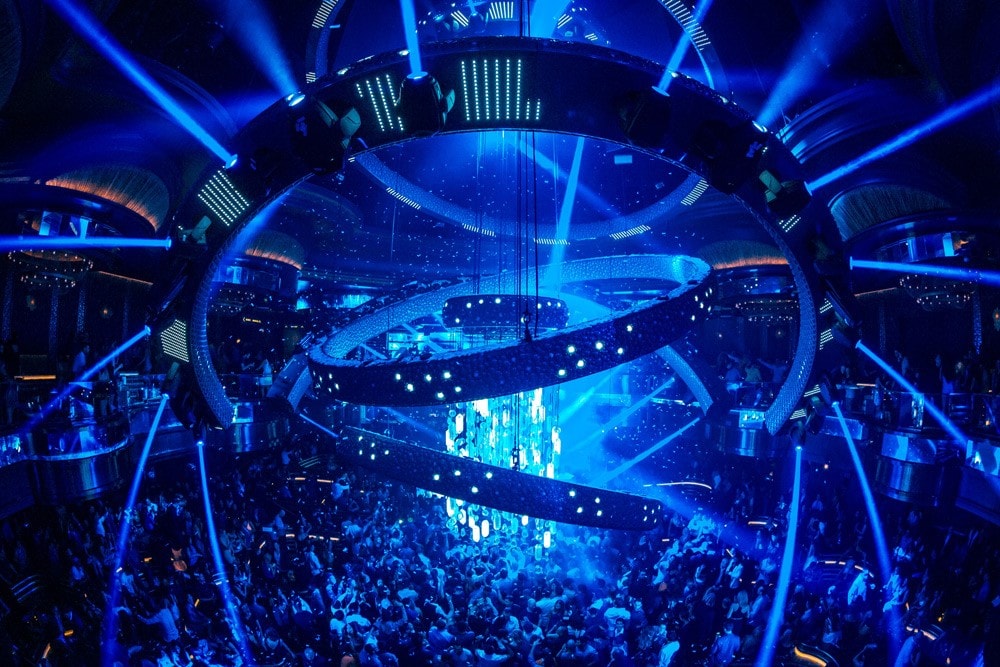 Simulations developed in 3ds Max ensured proper physics so that the rings did not collide with one another.

“3ds Max was pretty key in helping us understand what this thing was going to do in real life,” Kicera continues.

The process took 22,000 hours—the equivalent of 2.5 years—from conception to commissioning, although Tait finished it in approximately a year. “It was fairly quick, relative to the architectural world,” Kicera continues. “But working in the entertainment world, we’re used to projects with tight timelines.”

Design in Motion. “Fast” should not be confused with “easy.” The largest permanent installation of its kind in a nightclub, the final product weighs 13,000 pounds and comprises 20,152 individual tri-color LED pixels, 2,250 feet of cable—the length of 2.3 cruise ships—and 357 crystals hanging from the chandelier’s three centermost rings. Nothing about that is easy, especially when you consider the effect that’s achieved. 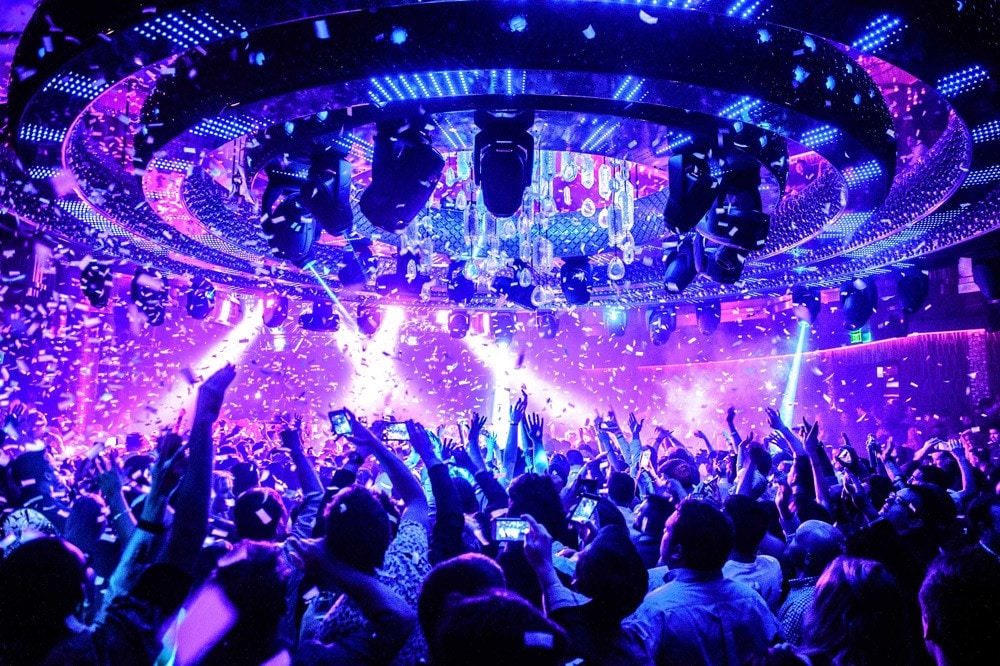 The system relies on proprietary control software that leverages video modeling to ensure safety and choreograph the chandelier’s movements, as well as its lighting and LED video content, which adds yet another layer of complexity.

The chandelier’s most exciting aspect, however, isn’t what it does or how it works. It’s what it represents: a new era in which architecture isn’t just visual, but also kinetic.

“Kinetic architecture takes things that are static and makes them move. It’s a way to create unique opportunities that ultimately change someone’s experience in a space or place, and hopefully affect them in a positive way. It’s breaking the grid and creating moments of discovery and awareness,” Kicera concludes. “This type of kinetic architecture is developing into a real market, and this project, I think, is a first step forward in showing people what can be achieved.” 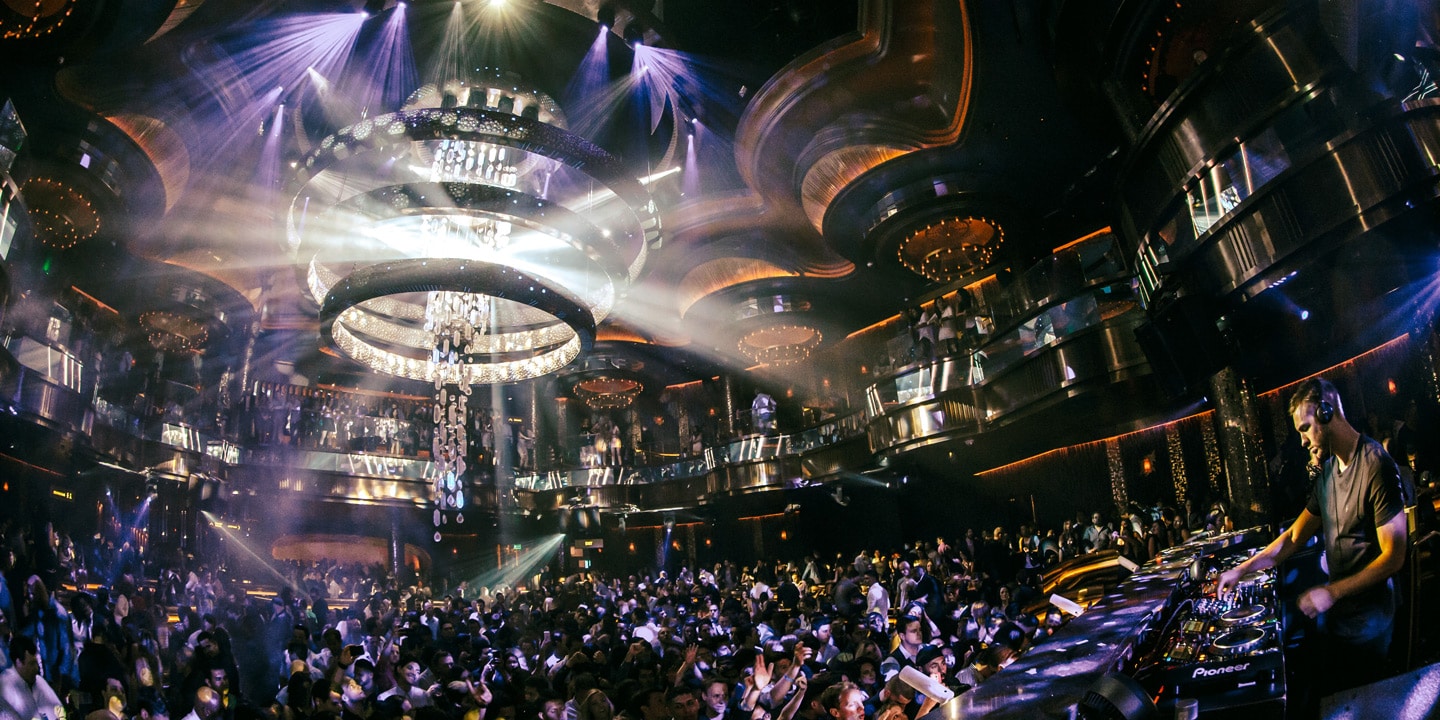