When embarking on the design of a new railroad overpass in Feanwâlden, a town in the Friesland province of the Netherlands, civil engineering firm Wagemaker faced another couple of divides altogether: timing and bridging the digital and analog worlds.

For one of their first large projects using BIM back in 2013, Wagemaker turned to AutoCAD Civil 3D and Revit to find a solution to a common problem within the infrastructure industry -- trying to meet the growing demand for BIM, but with only maps, PDFs, or coordinates to make it happen. 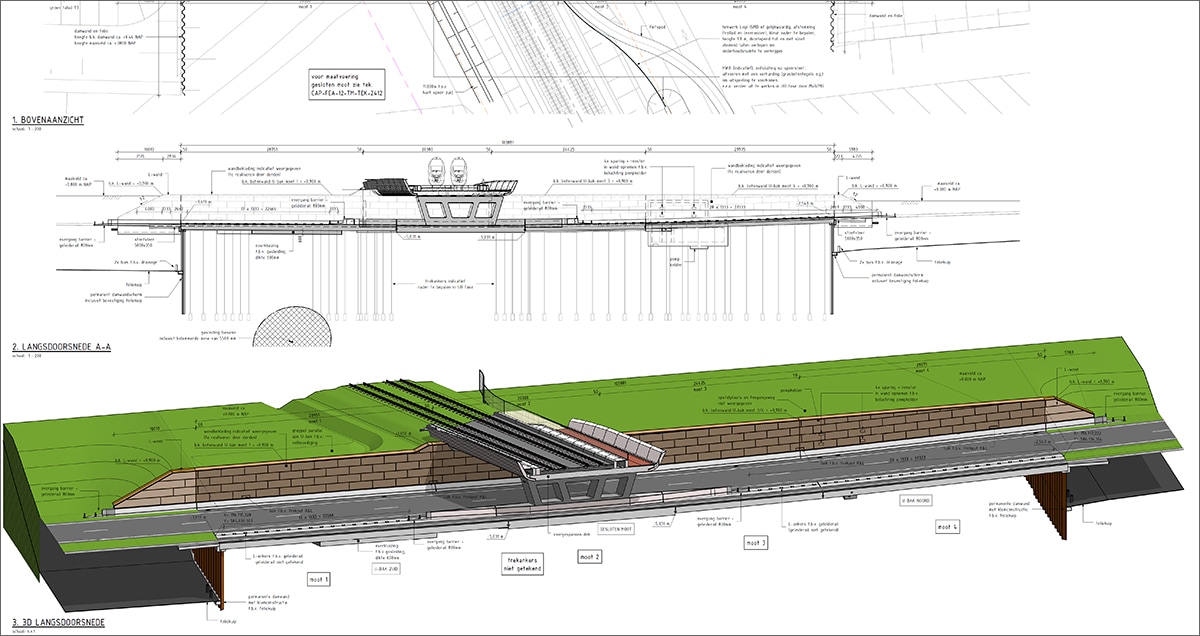 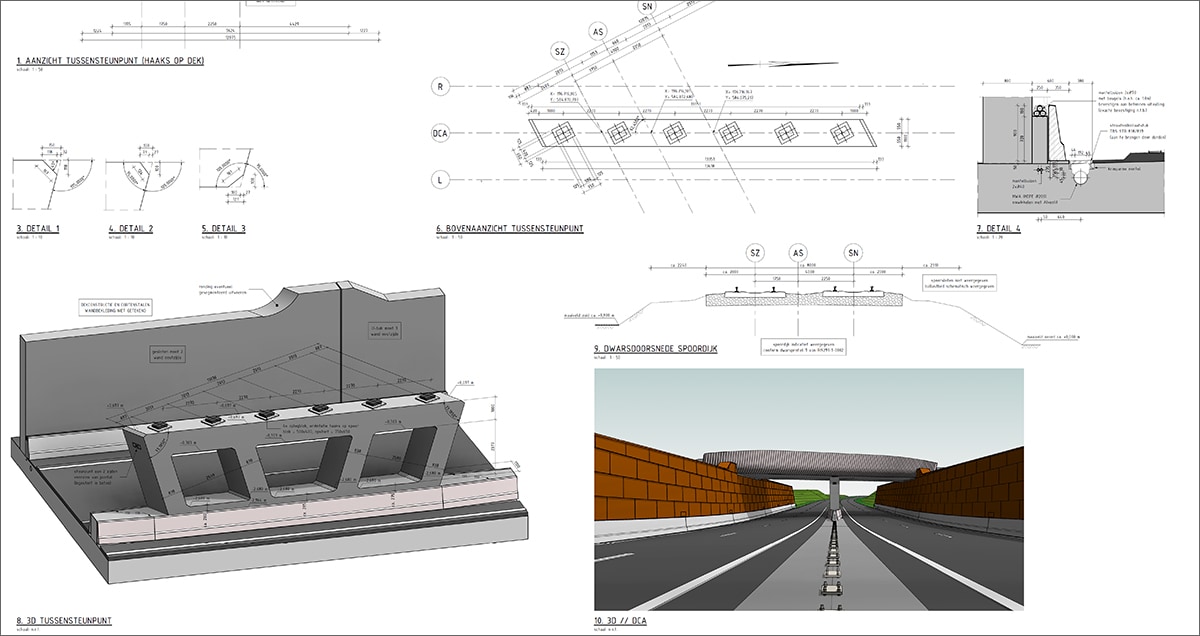 “The expressway that would go underneath the proposed railway overpass was already designed, but we didn’t have much information,” says Mark Wullink, BIM engineer, Wagemaker. “The municipality gave us a general idea of the road, like XYZ was the centre of it, some coordinates, and that sort of thing. There wasn’t much digital information.

“We couldn’t really use that small amount of information to create the overpass, so we had to do it ourselves,” he continues. “I made the location in AutoCAD Civil 3D to use as a reference for the Revit model. Then I could easily design it from there.” 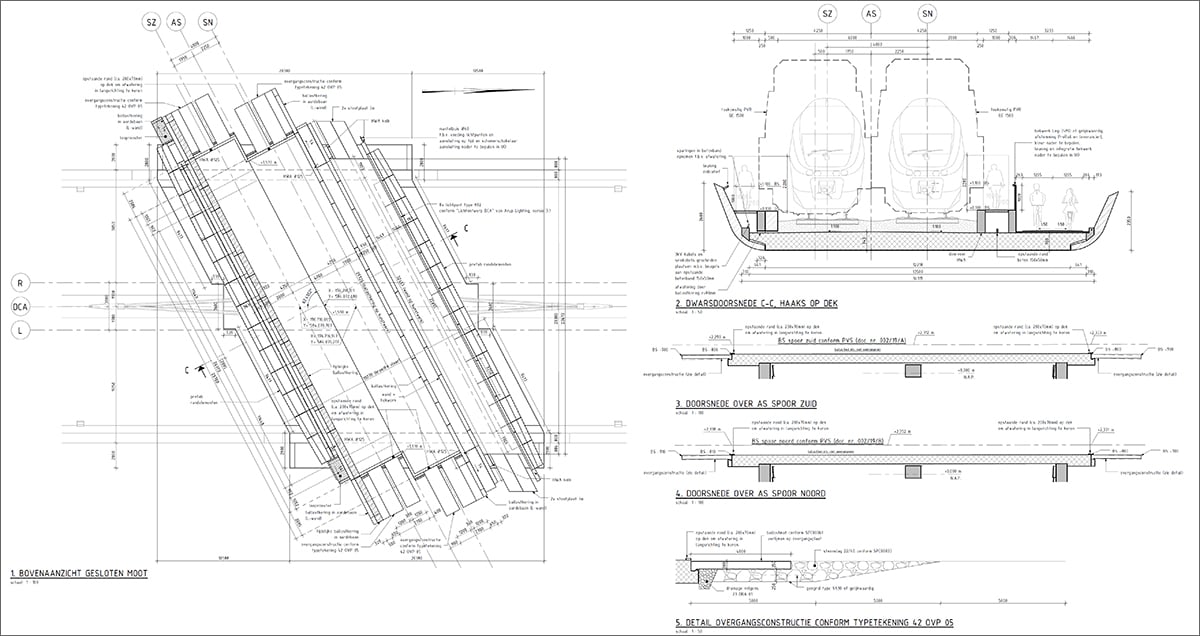 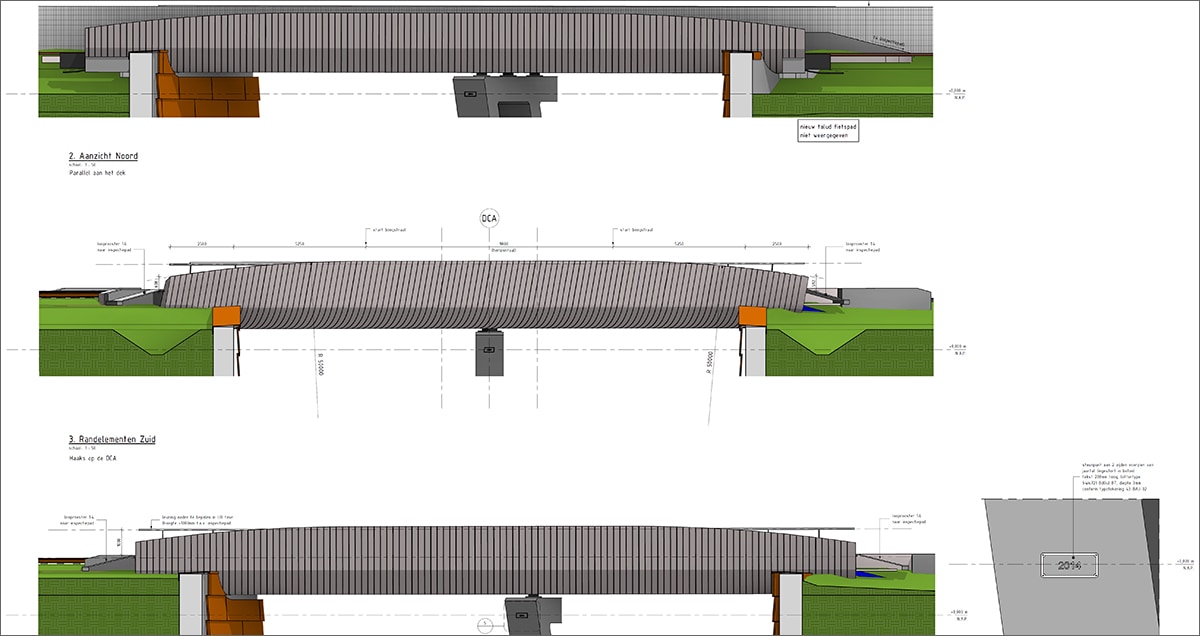 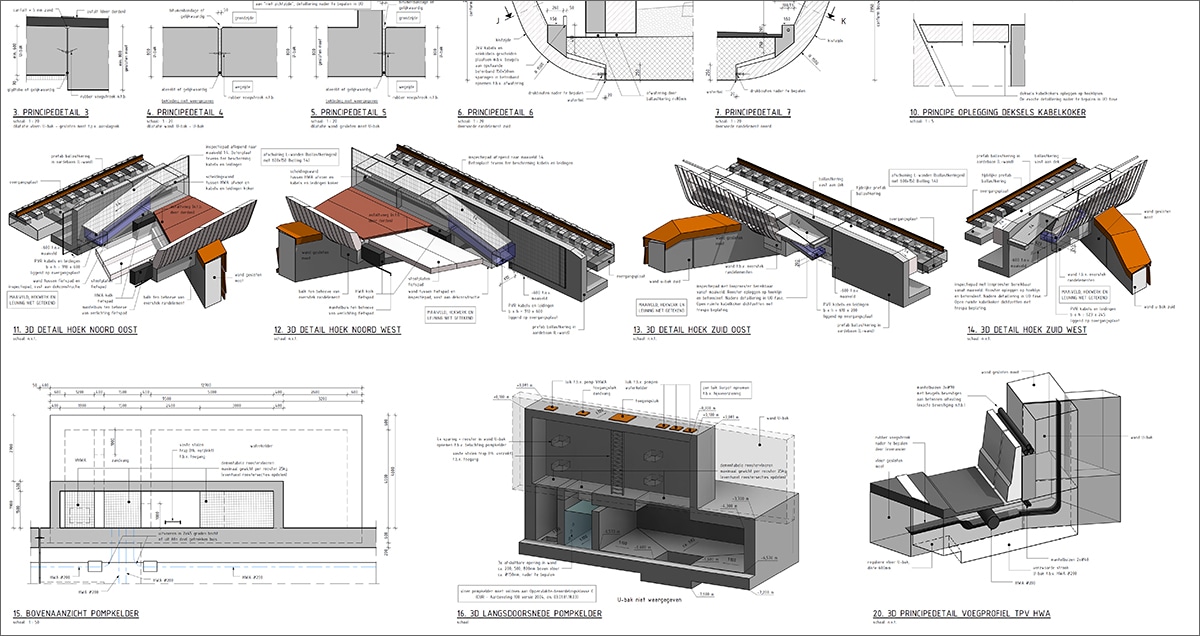 But that wasn’t the only challenge: Timing was of the essence with only one long weekend for actual construction. With the railroad already in existence, they had to figure out a way to install the overpass—all with minimal impact on the railroad schedule and service. Once the overpass was completed the construction of the expressway could continue underneath it.

“The entire overpass was actually built next to the railroad line over a few months,” Wullink says. “But the installation was much faster. In only four days the contractor removed the entire section of the railroad, dug it out, put the overpass in, and then rebuilt the railroad tracks. By using AutoCAD Civil 3D and Revit we could clarify with the contractor and all parties about how it would work and phase each part of the project visually.”

Watch this short 30-second video to see how Wagemaker was able to accomplish their deadlines.

That visualisation was a huge component to the success of the Feanwâlden project. Wagemaker had already started down the path of BIM, but the success found in it as one of the first pilot projects to an adoption that’s an integral part of all of the firm’s projects now. Known for its civil structures, Wagemaker relies on their subscriptions to AutoCAD Civil 3D and Revit for their engineering work. Wullink also notes the importance of AutoCAD Civil 3D and open data, which they can easily incorporate into projects, but chief among the benefits is the collaboration and communication.

“Since many companies use AutoCAD Civil 3D for terrain road modeling and other things, we want to be able to easily link to them and communicate,” Wullink says. “If we have the AutoCAD Civil 3D files we can now easily integrate them into our Revit models so we don't have any issues at all.” 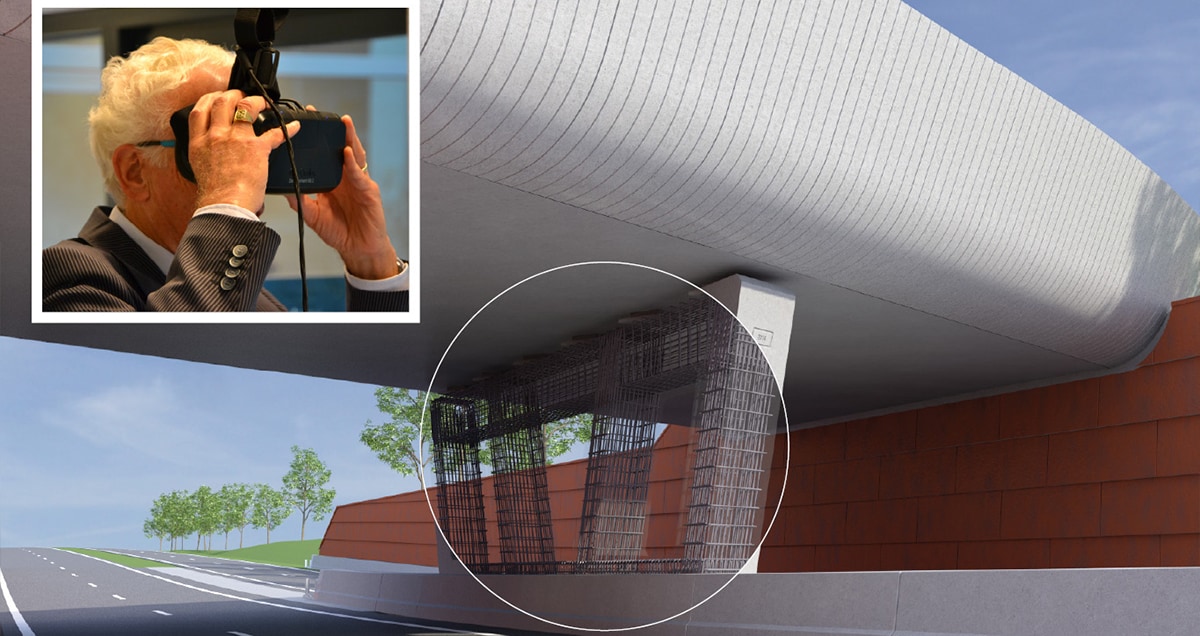 And there’s another major reason for their work with AutoCAD Civil 3D and BIM: Wagemaker believes in it and clients see incredible benefits from it.

“When we were working on the Feanwâlden project, the municipality wanted 3D,” Wullink says. “They only wanted to see 3D pictures of the overpass. And with that we figured, why go to all the trouble of making 2D views again? Why not make a 3D view with measurement in there? Now all we do is 3D—and that’s what clients expect of us. It’s more clear, less error prone, and helps us do our job better.” 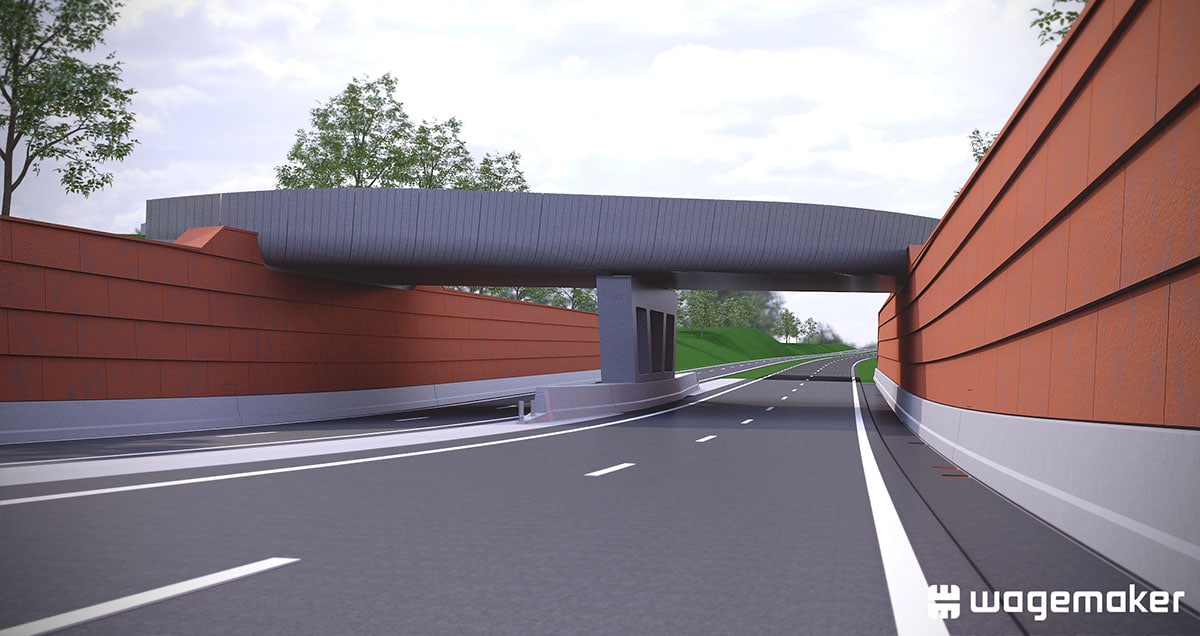 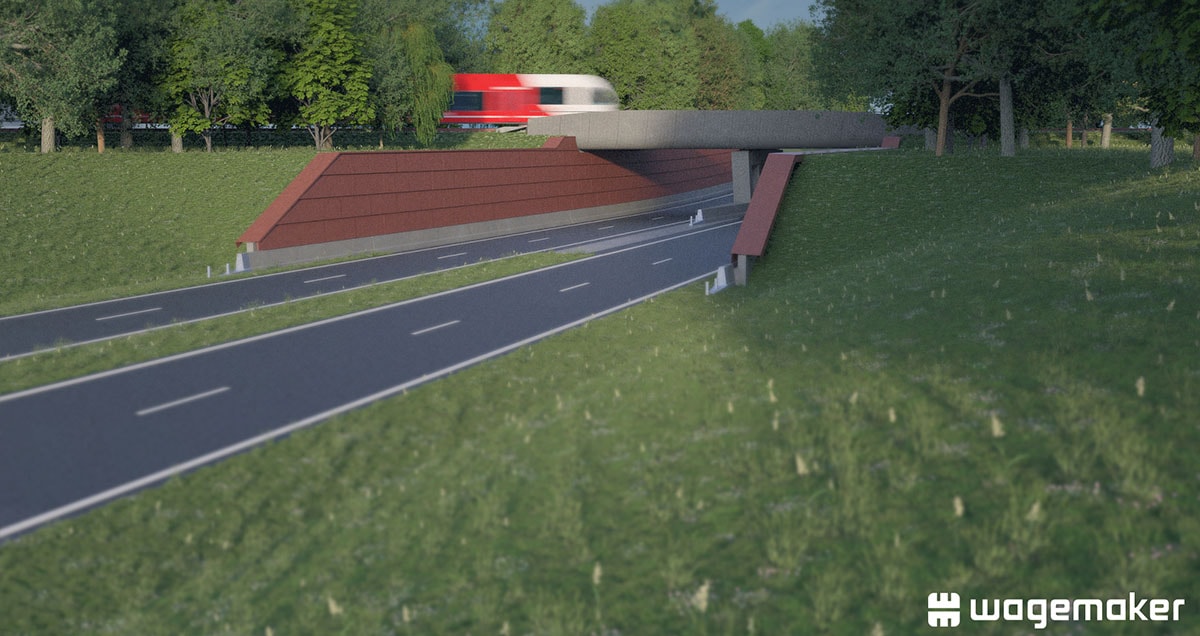