THE FUTURE OF MAKING

Reinforced roof structure atop the Kalgoorlie Consolidated Gold Mines in the Australian Outback. Courtesy of Advantic.

CAD software for anyone, anywhere, anytime. Learn about AutoCAD LT.

CAD software for anyone, anywhere, anytime Learn about AutoCAD LT.

One of South Africa’s top visual effects and animation studios has a long history with Autodesk Maya. In fact, the Chocolate Tribe creatives have been devoted Maya users since its first release, two decades ago. Chocolate Tribe’s three executive leads, Nosipho Maketo van den Bragt, Rob van den Bragt and Tiaan Franken, are extremely passionate about their role to raise the standing of African and South African animation and visual effect studios to compete more confidently on the international stage. Chocolate Tribe is one of the few South African VFX houses that regularly attract work from the likes of BBC, Netflix and other global players.

The company attributes much of its efficiency to the open architecture and powerful Python scripting capabilities that Autodesk Maya has to offer. By completely taking charge of these processes, Chocolate Tribe can ensure that it delivers the most efficient and optimised workflow to its clients.

In their 5 years of existence, the studio has outperformed many other studios by ensuring they optimise the time that artists and producers spend where it matters, ‘their craft and client service’.

Van den Bragt says he believes this has led to a three-fold increase in their performance as a studio. Indeed, their growth has been phenomenal. In 2014 the company had two employees, today the team is 15 strong. Chocolate Tribe is a visual effects and animation studio that is based in Johannesburg, South Africa. The company was started in 2014 with the intention of offering high-end visual effects in South Africa to both local and international audiences.

According to Chocolate Tribe Executive Creative Director, Rob van den Bragt, there weren’t many companies offering the same level of animation and visual effects services, as he has become accustomed to more than a decade that he worked internationally.

Today Chocolate Tribe is a multi-award-winning studio with some of the industry’s most prestigious awards under its belt. It has worked on countless award-winning projects, was voted top Animation & VFX studio and second Postproduction studio in 2018 by the long standing Loeries Awards.

Awards include Loeries Gold for VFX, D&AD, Cannes, the One Show, the Dutch Creativity Awards and recently, they took home the VFX Craft award at Ciclope Africa, where 2 years earlier “Robot and Scarecrow” also won.

Chocolate Tribe was also part of the Ciclope Grand Prix award, as well as the Loeries Grand Prix, for its impressive work on the Chicken Licken “Sbu 2.0” ad. 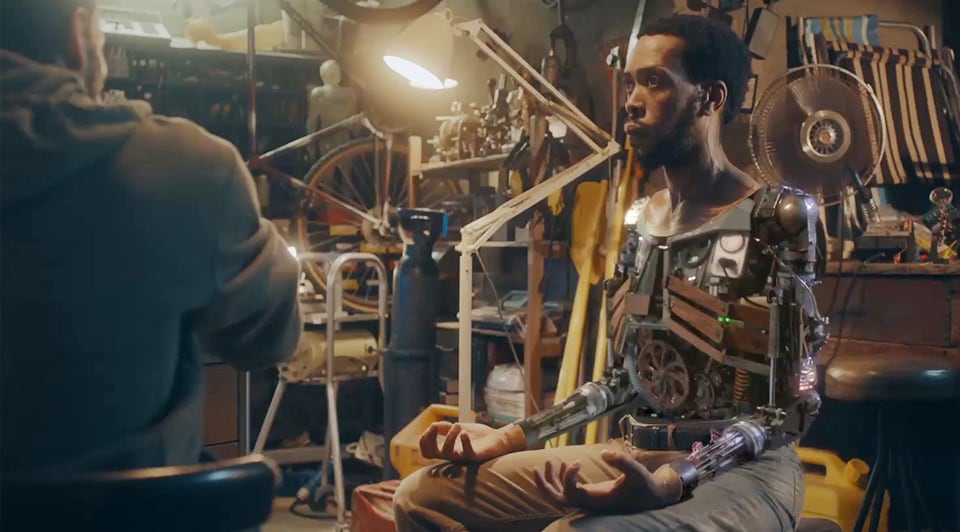 While the company has won numerous awards, it was their work on Robot and Scarecrow that first put Chocolate Tribe on the map, says Tiaan Franken, Executive Technical Director. “It was a heavy VFX production with over 140 intense character driven visual effects shots.

A first for South Africa at the time. The short film was directed by London based Kibwe Tavares and produced by DMC Films (founded by Michael Fassbender and Conor McCaughan) and Nexus Studio. The shots required full automation of the robot and scarecrow characters.”. With Autodesk Maya as their primary tool of choice it was the strong character rigging toolset and the Python integration that really kicked things up a notch for the Chocolate Tribe team.

By allowing them to write their own scripts for the platform and to optimise their workflow the way they wanted, Van den Bragt says that this increased the speed on their project delivery by up to four times. Shots were resubmitted and updated at the click of a button.

According to Franken, the referencing and Alembic caching technology within Maya is also a key feature that allows his teams to work in parallel, without down time, because they use a system of proxies and Maya’s solid reference files before final assembly and rendering.

Van den Bragt adds, “Scenes don’t really exist. Everything is constructed in a couple of seconds, which keeps data clean and simple to manage. This saves us on data storage many times over, allowing us to save small scenes in the blink of an eye, and keeps data open.” 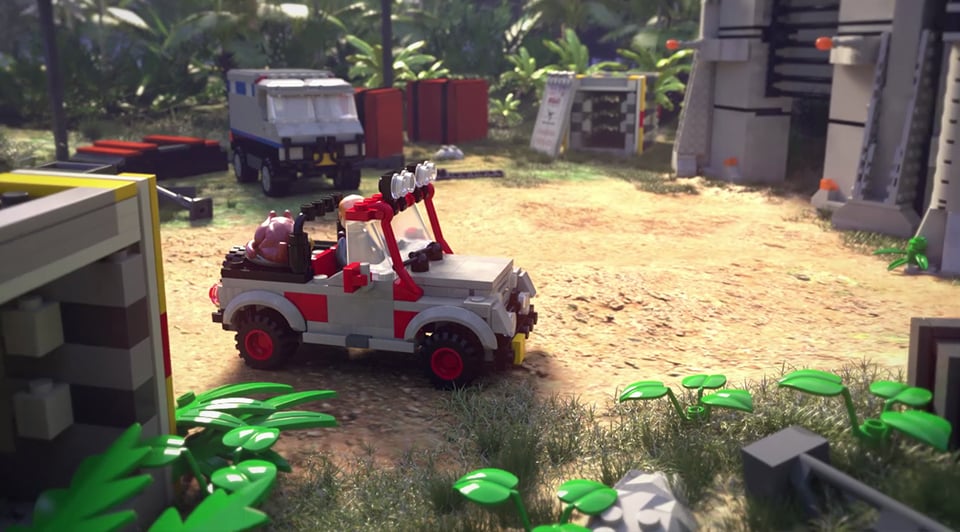 On larger projects that require collaboration across multiple continents, the company also makes use of Autodesk’s Shotgun. “Considering our geographic location is quite a distance from many of our international collaborators, we’ve found Shotgun to be an indispensable tool to ensure everyone is on the same page,” says Franken.

Collaborating early on a project is a very important first step according to van den Bragt. “If you start collaboration as soon as possible, it makes for a better product. Starting early always helps as preparation is to key the game.”

He adds that the company is currently expanding into other disciplines within their field beyond high-end commercials and short films. He wants to strongly push their specialty, which is 3D visual effects for long form programmes, TV series and feature films. 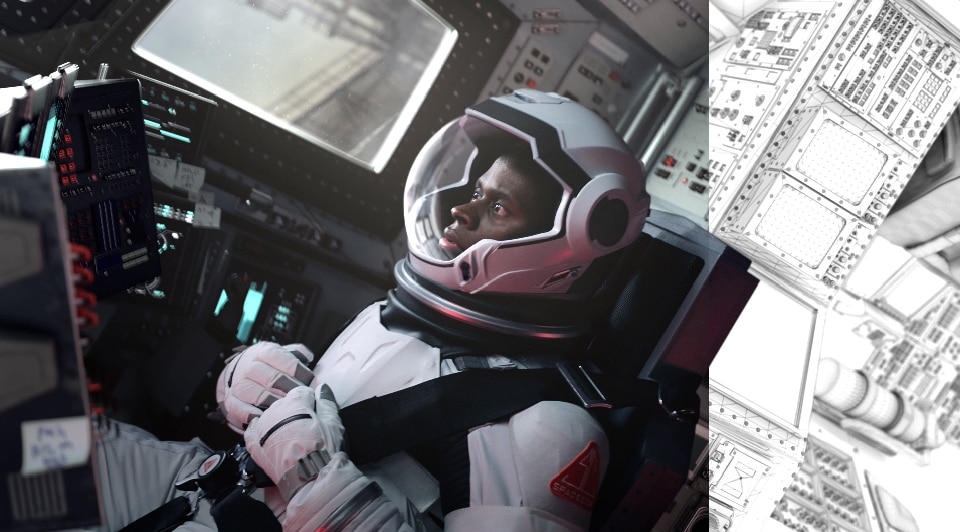 No stopping the tribe

Chocolate Tribe is currently in production on two international TV series where it is the lead VFX supplier, developing over 750 VFX shots for these two shows alone.

For this South African studio, growth goes hand-in-hand with the work that they do with studios in Europe and the U.S. “This is where some of our best work has come from,” says Van den Bragt. 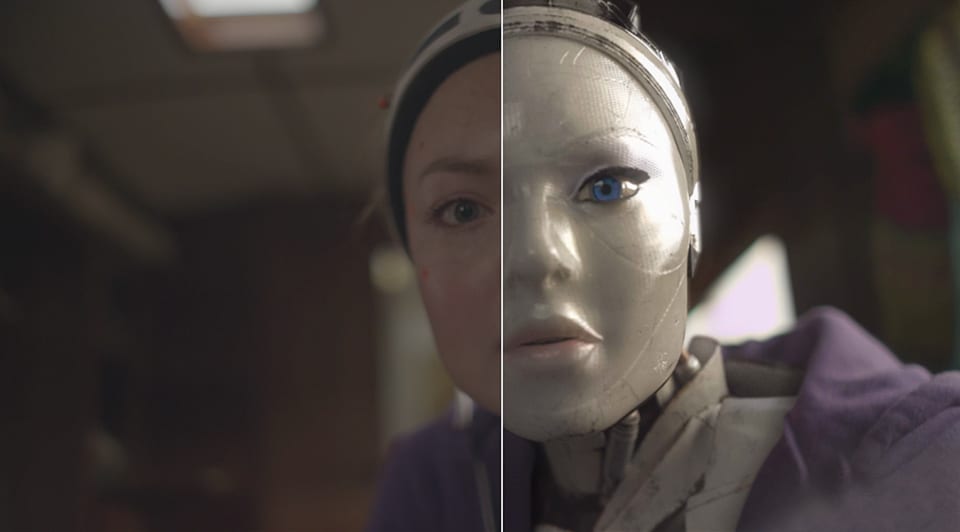 “A shot is a shot in simple terms, be it in a commercial or big budget feature film. Either way, you are dealing with artists, data, and getting an image out. Everything in between is workflow. Maya has been instrumental in this journey.”

Making Maya your own

As veteran users of Maya from the first version that launched, both Franken and Van den Bragt says that the application’s flexibility and customizability is what sets it apart from any other tool in the industry today.

“Maya has stood the test of time, many times over and has a large experienced high-end user base, which makes it suitable for almost any task. It plays nice with fellow content creation tools as well, so at no time do you ever feel limited”. 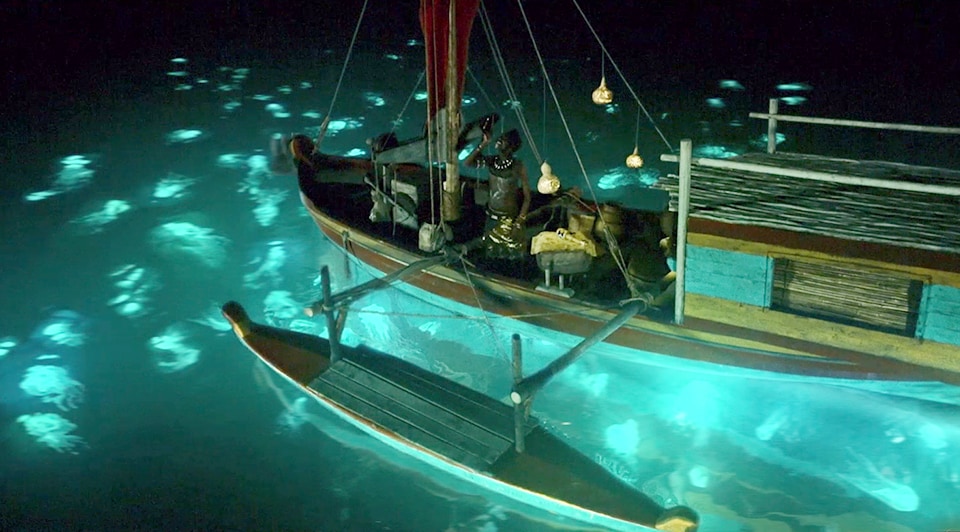 The multi-award-winning Chicken Licken “The Legend of Big John”

“BIM is moving at such a fast pace; our next challenge is to get into a culture of change. New technologies will need constant adaptation of workflows and we need to be ready,” she says of the company’s current strategy. 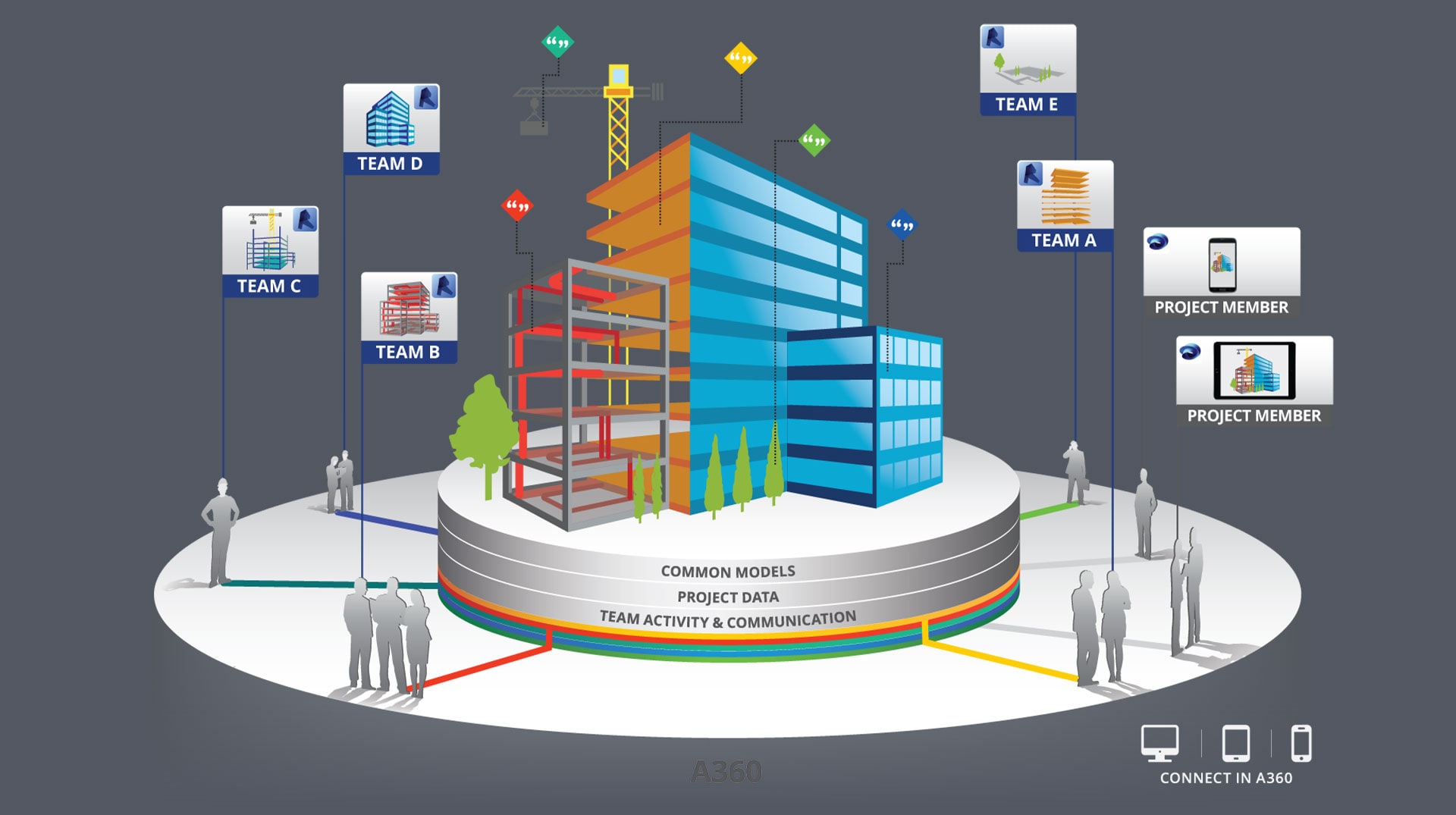 One of the greater benefits of using BIM in early design stages is that it sets the BIM workflow for the rest of the project stages, by visualising complexities and anticipating potential risks, making the project more efficient all around.

“Up-skilling staff on BIM processes is not necessarily challenging. The more you work on BIM software, the more the BIM processes, workflows and protocols make logical sense,” smiles Dann.

Chocolate Tribe has programmed its own production pipeline to handle the sheer amount of assets it works with; this was especially crucial for its work on Robot and Scarecrow.

“Dealing with the complexity of the characters, the rigs and the details that each character requires would definitely not be an easy process to do manually,” adds Franken. By scripting important workflow and production elements, the team averaged from around 25-50 shot updates a day towards the end of this production.”

Because the company has deep roots in high-end VFX work for commercials, the team at Chocolate Tribe is prepared for anything at any time. This means that their workflow involves non-destructive projects so that things can be updated or changed quickly.

Van den Bragt adds, “a shot is a shot in simple terms, be it in a commercial or big budget feature film. Either way, you are dealing with artists, data, and getting an image out. Everything in between is workflow. Maya has been instrumental in this journey.” 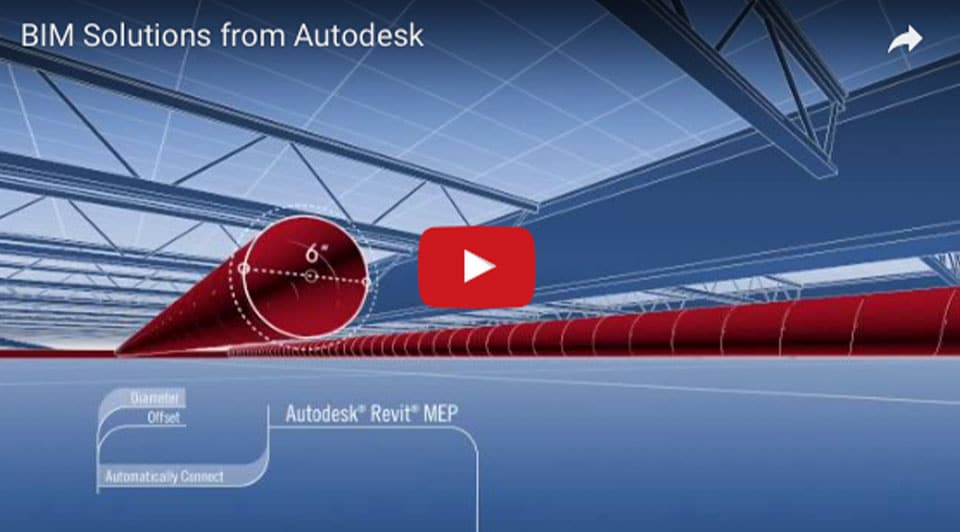 She goes on to say that every project forms a team. And each project team has one goal: “to deliver excellence and value to our client.”

“It is up to us – as a team – to ensure we use the best possible methodology to deliver our product. BIM allows teams to come together. We just need to start enforcing it,” she concludes.

Dann is the BIM Manager for the Boogertman and Partners. She develops and oversees BIM / Revit / Workflow standards. Her role includes continuous staff development, support and encouraging BIM workflows on projects. After finishing her N. Dip Architectural Technology from TUT, Dann worked in both the public and private sector as a Technologist. She soon realised that she needed to find her niche in the market when she got a call from Modena Design Centres who needed a Revit trainer. 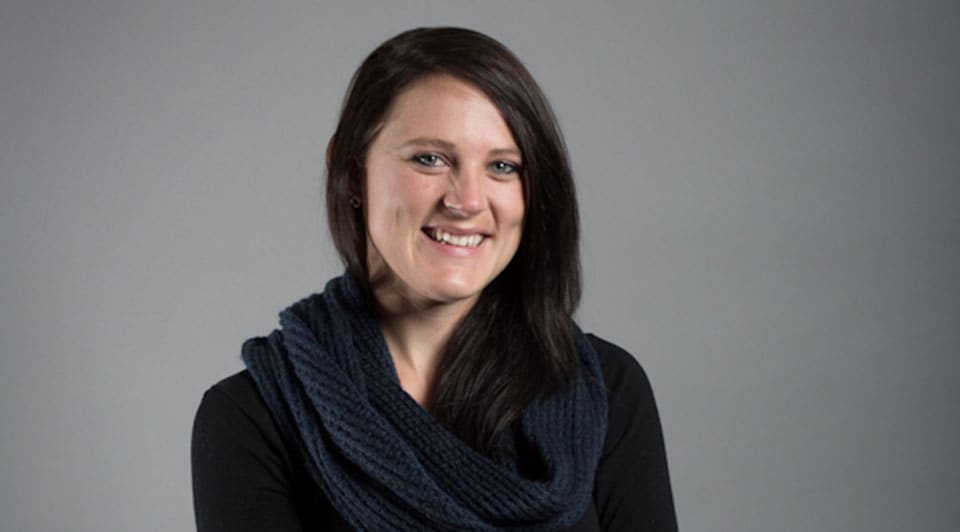 When she started at Modena, Dann only trained Revit MEP and Revit Architecture, however, after working with both Engineers and Architects she realised there is a big gap in coordination. From then on, her focus has been shifted to coordination and quality product delivery. In 2013 she was outsourced to B+P as a BIM Consultant, becoming a fulltime employee the next year.

Her first year at B+P was completely focused on upskilling the staff, after introducing Navisworks and BIM coordination and coordination workflows into projects.

“I was really thrown into the deep end when they asked me to get to know Revit MEP and train my first class of Engineers!” admits Dann. “Modena (an Autodesk Platinum Partner) really turned my career around, which I will always be grateful for.”

A piazza as its focal point

Health and beauty and pampering experiences

An apartment and conferencing hotel