Sunrise Productions is an animation studio that started as an idea, on a beach, back in 1998. The company was founded by Phil and Jacqui Cunningham, both of whom had a love for the African bush and its wild animals. With a passion for people and storytelling too, the pair set off on a wild ride as they pursued their new career choice.

Being parents of small children at the time, they chose animation as the platform through which to tell their stories. They felt there was a lack of good family-oriented animation available. Phil believed that animation as a platform can cross-cultural, age, and gender barriers much better than any other medium.

With a mission to inspire and entertain, the team has since launched a multi-award-winning series of animated shorts and feature films distributed in over 180 countries, called Jungle Beat.

Having worked on almost every aspect of animation for major brands and agencies around the world, the team at Sunrise decided they want to focus on another feature film and so, about two years ago, they went into production on Jungle Beat: The Movie, a feature length film based on their short stories.

The project is a collaboration with Sandcastle studios in Mauritius and is still very much ongoing says Rita Mbanga, Producer at Sunrise Productions. “We are still releasing Jungle Beat in new territories and dubbing it into new languages which we are always very excited about.” She says the company is also in pre-production for a new movie but cannot divulge details yet. 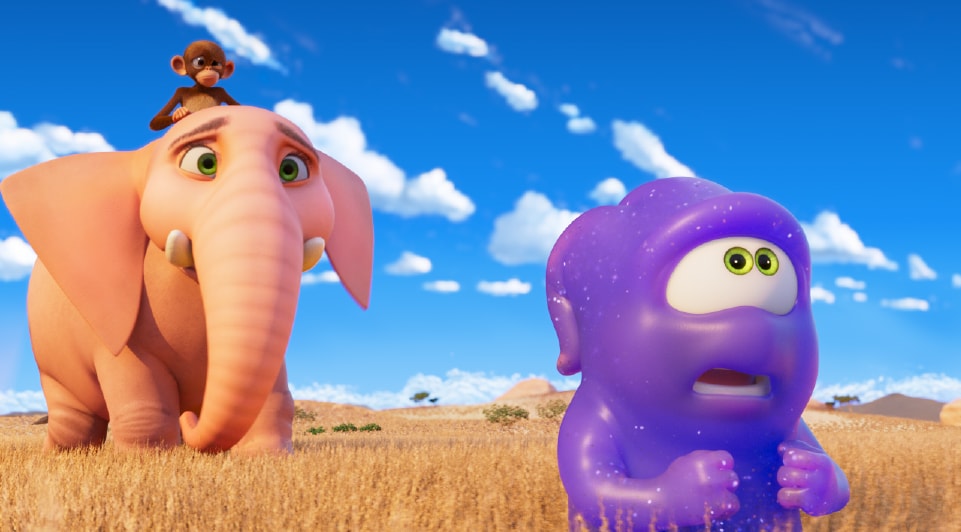 One of the amazing scenes created in Jungle Beat: The Movie

Although the company’s first production was a stop-motion animation called The Legend of the Sky Kingdom, its popular Jungle Beat franchise and branded 3D characters are all designed and rendered in Autodesk Maya. “It is still the one piece of software that sits at the core of everything we do, “says Luke Marchant, Head of Technology at Sunrise Productions.

As the company evolved and required more complex software and hardware infrastructure, it incorporated Shotgun into its workflow. “We use Shotgun to run our entire pipeline, from production to schedules and all our departmental tasks,” says Marchant. This, he says allows them to not only improve the overall production workflow, but it allows them to do some impressive things, like automating steps inside Maya to cut on time wasted doing repetitive design and render work.

Marchant says that the company also switched to the Arnold render engine three years ago, which has delivered impressive turnaround times compared to their old render engine.

Using Autodesk software has also enabled the company to maintain operations during the global pandemic as the company was already geared-up to work with teams around the world. “In fact, the last 10% to 15% of the render of our latest feature film was done while our teams were working from home,” says Marchant. For the South African artists working on that project, Sunrise Productions uses Maya to enable their artists to keep working, with the 8th season of the Jungle Beat TV series being compiled entirely by their teams all working from home. 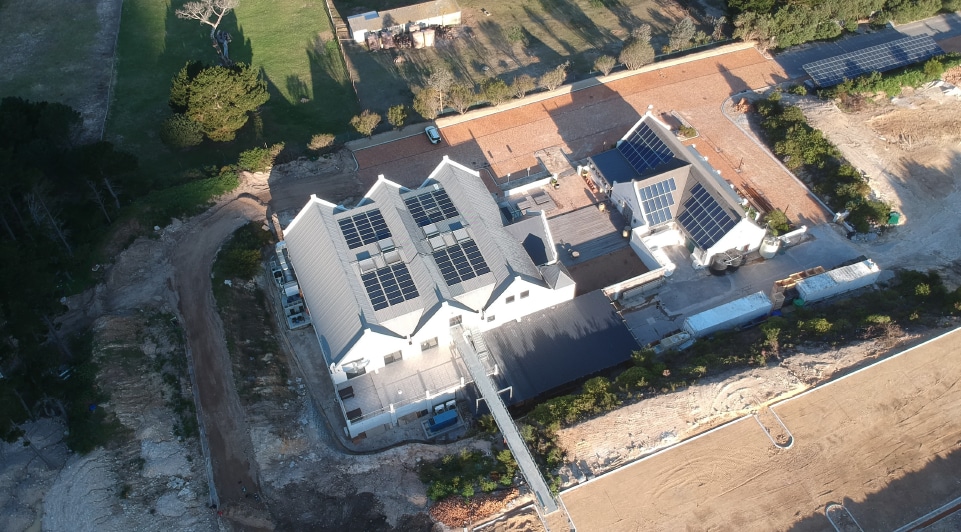 While internet connectivity and load-shedding remain an issue with teams working remotely, Marchant’s team has been able to come up with a number of customised solutions for teams who do not have access to the tools they need. From sending flash drives to team members daily to providing internet connectivity, the IT team managed to keep everyone operational.

Ironically, Marchant and his team are managing the Sunrise Productions workforce from a state-of-the-art office that is now without people. Its offices feature a render farm, high-end workstations, and a sophisticated battery backup system to keep designers and animators working without interruption. 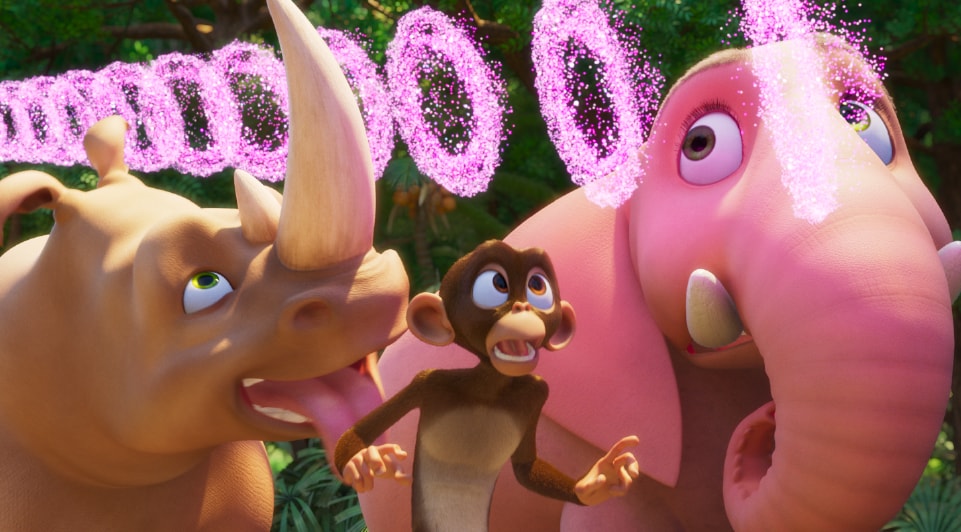 Some of the special effects used in Jungle Beat: The Movie

Fortunately, most of its team can remotely connect to their office workstations and take advantage of their hardware without too much effort. When the workstations are not in use, they are incorporated into the distributed render farm that forms part of this impressive 60 node server farm which renders the frames that are waiting in the queue.

“Now that it’s been proven that remote collaboration is possible, we need to work on a global distribution model, and develop a strategy on how to scale that,” says Marchant. He wants teams who work remotely on the shows to have the same low latency experience in a live production environment.

In terms of software, one of Marchant’s ongoing challenges is software licensing models but he says they are working closely with Modena Design Centres and Autodesk to figure out the most efficient licensing model for their ever-evolving needs.

This resulted in massive cost savings for Sunrise Productions. The company reported a saving of just under $29,000 for the year, a massive number on any business’ books.

Pearson says Sunrise have always been involved in supporting the industry by sharing their knowledge and presenting their workflows to the local industry. “This year they were to be featured again at Cape Town International Animation Festival with Jungle Beat: the movie to highlight the Autodesk Media & Entertainment Pipeline,” says Pearson. This event has been postponed to 2021 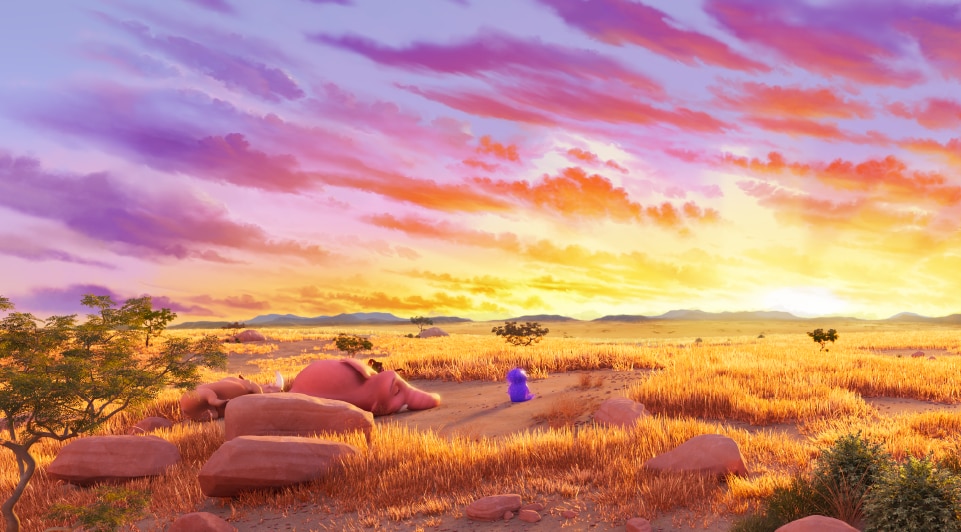 For Mbanga, the company’s future is set on storytelling forever, “we’ll be doing this whether it’s a short film, television or feature film.” She remains mum on the company’s latest projects but says it’s a big scope, big-scale feature film that is more intricate than anything the company has done to date.

With a staff count of 132 people, 43 of those based around the world, this is a large-scale effort that is pushing the boundaries of what even Marchant thought was possible. So far, the company is executing on these large-scale remote projects effortlessly and by all accounts, it seems that remote working may indeed hold promise for Sunrise Productions.